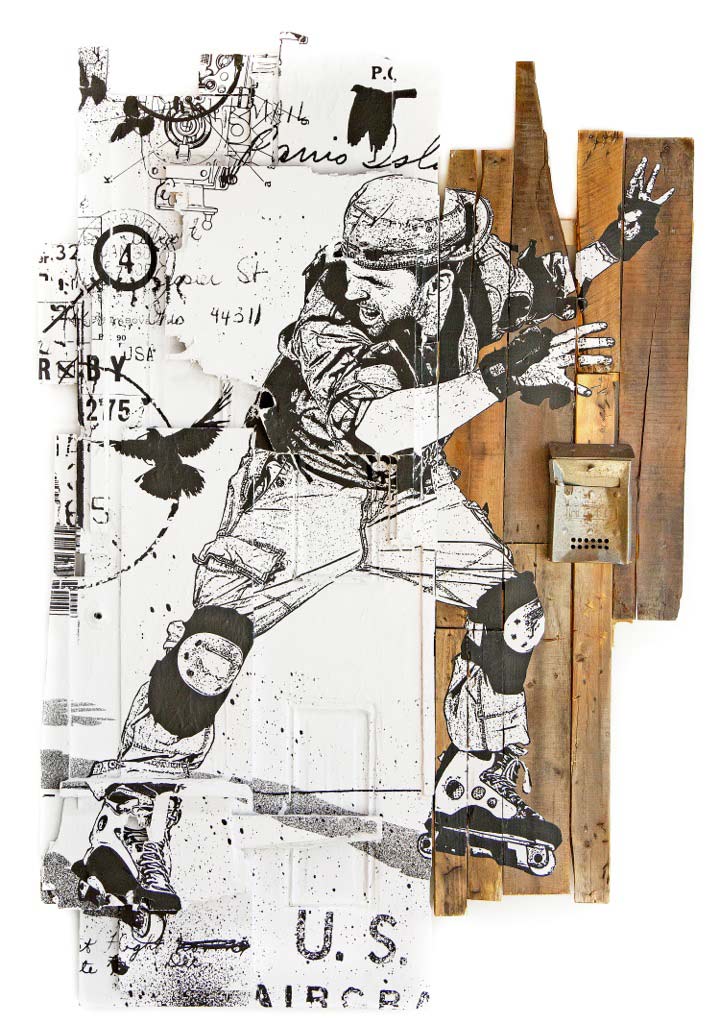 WK (also known as WK Interact) was born in Caen in 1969, but he’s been working in New York since early 1990s. Film lover from a young age, his work focuses on the movement of the human body, this interest is shown in his images of frozen characters in mid-flight, in full-race, in full-cry.At the end of the 1990s, his images began to appear on the facades of New York City. Mixed with the restless bodies of the city, they complement the perpetual movement of contemporary urban life.The location of the work is at its starting point. The walls of Soho, East Village and the Lower East Side serve as support for his murals, often in large size, that are the focal point of the encounters, called “interactions” in these streets by the artist, which are at the heart of their images. The importance of these interactions, intense and often violent, is manifested in the choice of his pseudonym, WK Interact. With photographs and drawings, stretched, twisted and photocopied, with these own techniques, the artist constructs monochromatic and strong images of the almost frantic energy of the streets that surround them.

Today, WK is internationally recognized with its iconic style. His works are dynamic and intense, exhibited in galleries in Tokyo, London and Paris, but his work embodies a street art that remains inseparable from the streets that originated it.