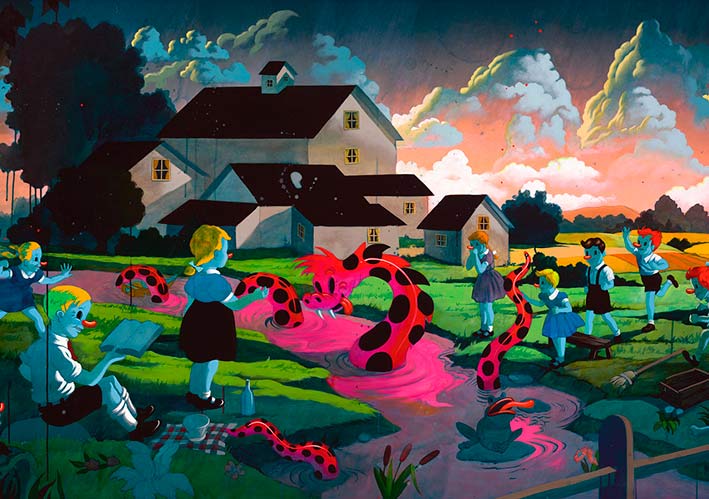 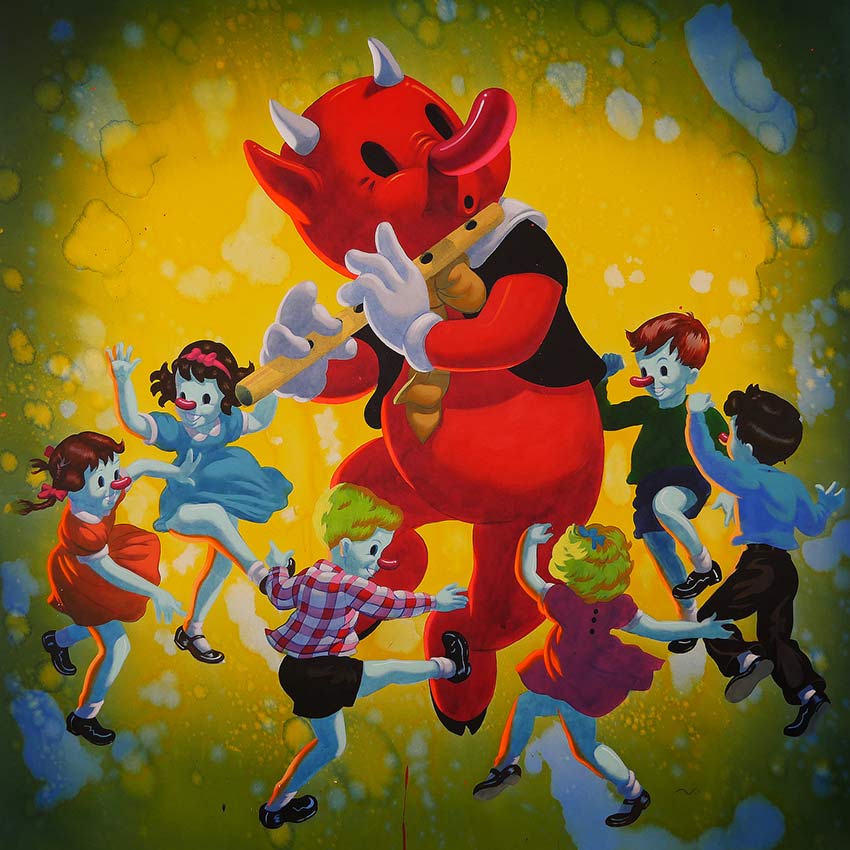 Victor Castillo was born in Santiago de Chile in 1973. He began drawing at the age of five, inspired by the cartoons he watched on television, by science-fiction films and album covers that he owned his family, like The Wall of Pink Floyd. After a disappointing experience in art school, he left Chile in 2004 to settle in Barcelona, where the discovering of the works by the great Spanish masters drove him to refine his pictorial technique. He established himself as a representative of Pop Surrealism and worked with the Iguapop Gallery until it closed in 2010, where he began to exhibit his work internationally. In 2010, he moved to Los Angeles where he now lives and works.

Born in 1981, Bruno Pontiroli lives and works in Paris.

After studying at Supinfocom, he turned to drawing and painting to express his desire for artistic creation.
Bruno Pontiroli creates surreal universes inhabited by fantastic characters: centaurs, mermaids, and other creatures have fun to contradict all the laws of nature. In this poetic and mysterious painting, we see the improbable materialized. The artist gives life to all our children’s dreams and brings a new perspective on the world. In 2012, he obtains his first personal exhibition at the gallery The Laboratory of Creation of Paris. Since then, his works have been exhibited in France but also in Europe and the United States. 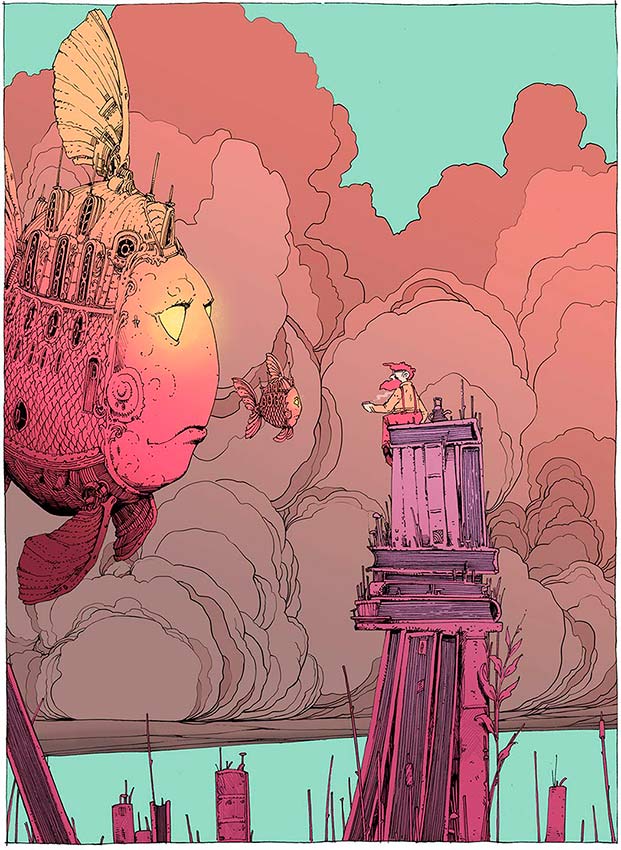 Nubian (whose real name is Roch Marcorelles) was born in 1993 in Montpellier. Passionate about drawing, he quickly learns about urban art, and embarks on illustration studies at IPESAA. Despite being a good draftsman, studying art in a formal setting “prevented him from producing what had always come naturally to him” and he made the decision to stop studying before graduating.
For four years, he is fully involved in aesthetic research and line work. He builds work after work a dreamlike world tinged with strangeness and sweetness. At the crossroads of science-fiction and tales and legends, he mixes elements of real life with a poetic and even metaphysical imaginary, presenting a world populated by hybrid creatures and teeming with strange vessels suspended in the air.